Learn more about the show

The FX Vintage Toy Roadshow is a group of experts who want to purchase your old toys.

Your old toys could be worth thousands!

But where can you sell your old toys?

We invite you to dig through old boxes in your garage or clean out your basement, and bring in any toys you happen to find that may be of interest to a collector.

The FX Vintage Toy Roadshow is looking for your antique and collectible toys and will pay a fair market price for them!

Most TV roadshows only appraise antiques and collectibles--they do not offer to purchase them. NOT SO WITH THE FX VINTAGE TOY ROADSHOW!  Because we have instant access to more than 23,000 collectors all over the world, we can offer you the best price for your old toy right on the spot!  If a collector wants what you have, chances are you’ll get a pretty penny for your old toys.

If you have a large collection of vintage toys, please call us to make arrangements for a private appraisal and purchase. So if you have kept your childhood treasures, then Lady Luck may be smiling your way.  Although a toy does not need to be in mint condition, the value certainly increases if it's in great shape or with its original box. A mere house cleaning can bring hundreds of dollars to someone with the right item!

ADMISSION to any FX VINTAGE TOY ROADSHOW is always FREE and so are APPRAISALS!

So find those old toys and dolls that have been hiding in your closet or attic for all these years and bring them to the FX VINTAGE TOY ROADSHOW ready to be amazed! 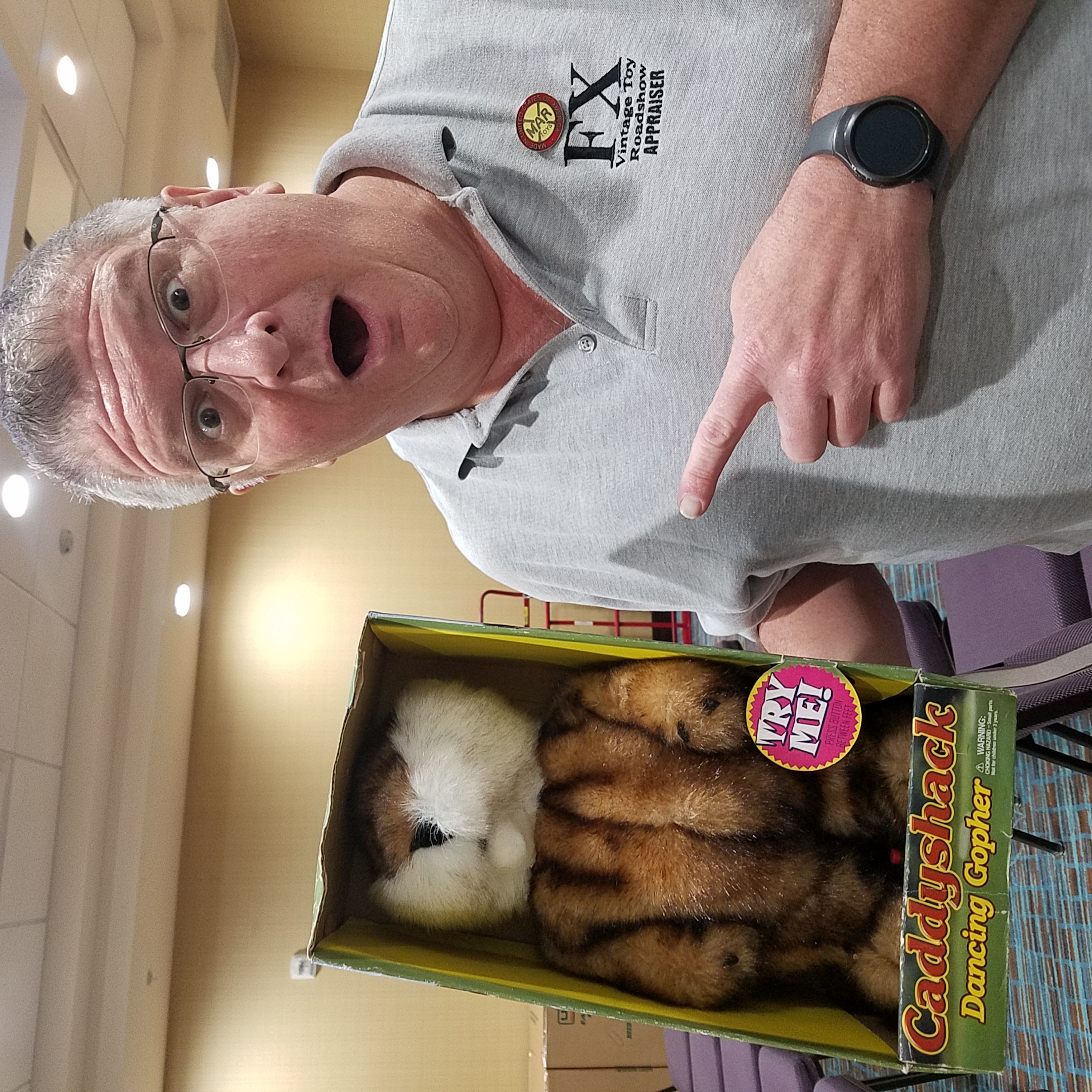 Mark Leinberger
Mark Leinberger has been collecting toys since the 8th grade when his friend’s mother gave him her Official Beatles Scrapbook! Mark soon discovered that many items promoting his favorite group were sold in the ‘60s including toys! His search for Beatles memorabilia lead him to toy shows all over the country and he gradually gained experience with other toys.

He earned his bachelor’s and then Masters degree in Business but left the corporate world in 1993 and turned his hobby into his career. Mark saw the need for collectors to get together to buy, sell and trade their toys so he created the hugely successful Collectible Toy Supershows, which were held in several locations in Florida for many years.

Later, when he realized that it was hard to get toy buyers and toy sellers together to trade, Mark began holding toy buying events across the country and The FX Vintage Toy Roadshow was born.  Mark says, “A lot of potential toy sellers had no idea what they had hidden in their attics and basements or even if their toys were worth anything!  We had a huge list of collectors but no steady supply of toys to sell them so we decided to hold a toy buying event and see what we could find.”  From the first show in 1999 to today these shows have brought out some of the most interesting toys for collectors all over the world!  “The most satisfying part of my job is the look on the faces of the people when we tell them that their toy has value to a collector!”

Evaluating toys full time for the last twenty years has been invaluable to Mark and the other Roadshow appraisers.  Every toy imaginable has crossed Roadshow tables and, as he puts it, “When you are spending your own money, you learn values quickly!” 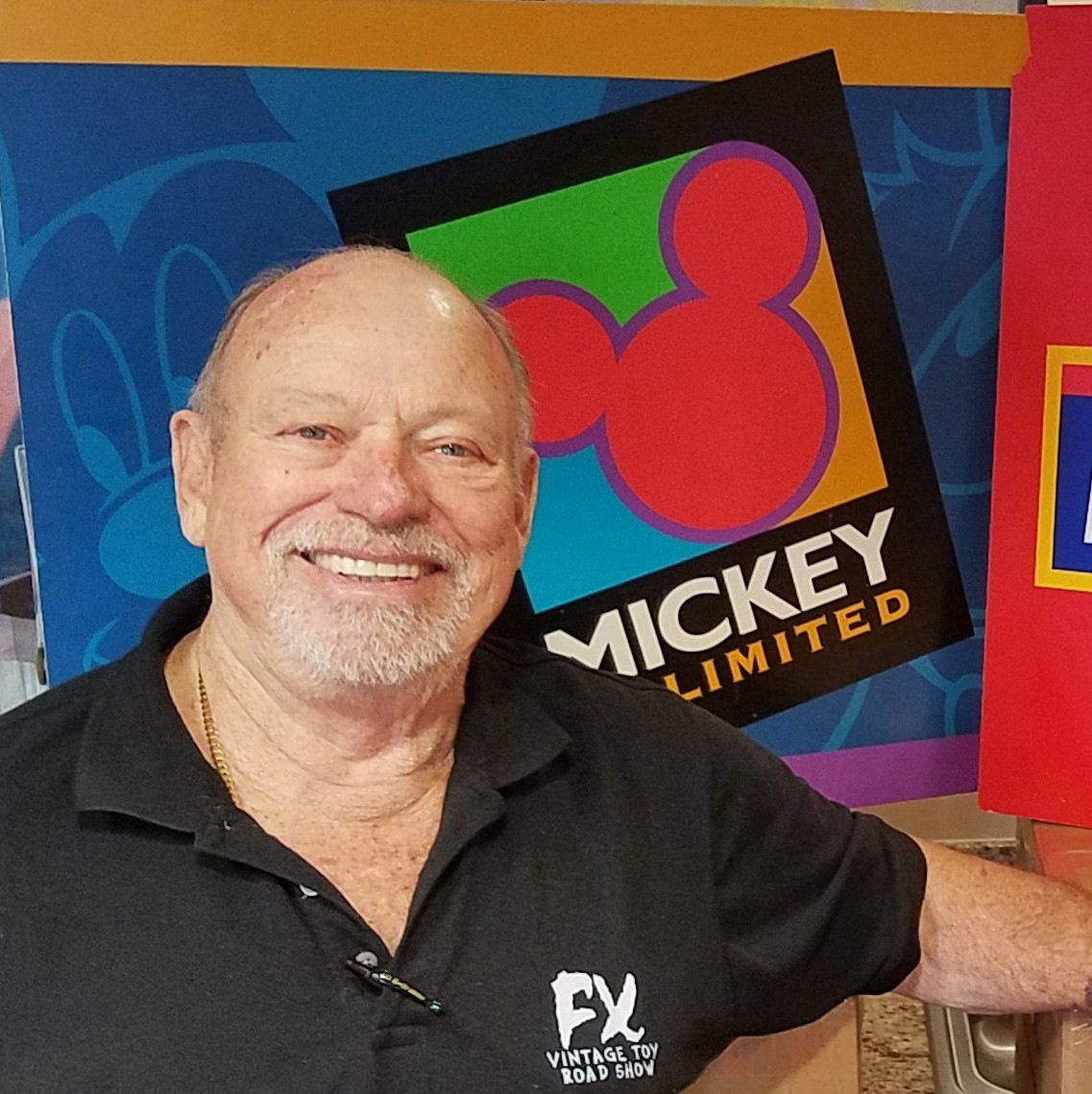 Kyle Foreman
Kyle Foreman, the son of an Air Force officer, lived all over the world as a boy but now calls Florida his home.  An avid Pilot, diver and boater, Kyle made his fortune in the construction industry.  Kyle has collected Coca-Cola treasures for more than 40 years and has traveled the world to amass his large collection of Coca-Cola related memorabilia including advertising items, store displays and many toys including trucks, cars and tin wind-up and battery operated toys.  Anything with Coke on it!  He also collects advertising signs from other soda companies as well as automobile, gasoline and oil related companies.  Kyle brought his vast knowledge of toys and advertising collectibles to the Roadshow in 2010 and loves meeting new people and talking toys.  Ask for Kyle at the Roadshow if you want to hear the story of your toy from a collector’s point of view.

Toys we look for

Here is a sampling of what the FX Vintage Toy Roadshow will be interested in:

THE 1970s and 80s: Superheroes and TV Character Action Figures such as Batman, Spiderman, and other Superheroes, Planet of the Apes and other MEGO Toy Co. Figures.  Star Wars toys from 1977 to 1985, Transformers, small GI Joes, He-Man, Bandai and other Japanese Animation Toys.

THESE ARE JUST EXAMPLES OF COLLECTIBLES WE ARE INTERESTED IN BUYING.  IF YOU THINK SOMETHING MAY BE COLLECTIBLE AND ITS FROM 1989 OR EARLIER, BRING IT!  YOU MAY BE AMAZED!

Sorry, but we do not buy Cabbage Patch dolls and Beanie Babies.

Sell your old toys at the Roadshow

Most TV roadshows only appraise antiques and collectibles--they do not offer to purchase them. NOT SO WITH THE FX VINTAGE TOY ROADSHOW!  Because we have instant access to more than 23,000 collectors all over the world, we can offer you the best price for your old toy right on the spot!  If a collector wants what you have, chances are you’ll get a pretty penny for your old toys.